Are you looking for the best 80s dance music for your wedding or party? If so, you have come to the right place!

Putting together an 80s music playlist for your party will take you back to one of the best decades of all time (Big hair and parachute pants included)!

Here’s a list of our favorite 1980s wedding songs for your big day or retro dance party (you can scroll through from top to bottom, or you can simply click on one of the links below to be taken right to that section):

These fun & upbeat 80s songs will definitely get your guests on the dance floor! You can use these top hits from the eighties to build your ultimate dance party playlist!

The Michael Jackson Thriller music video was the start of story-form music videos in the 80s.

Here is the full video (a must-see if you have never seen the entire full-length feature). If the video is not showing up on your phone, you can simply open it in YouTube here.

If you are looking for the perfect song for your first dance, we have put together some awesome choices for your big day.

Most of these songs would also work for walking down the aisle during the wedding ceremony.

If you want more first dance song ideas, we have an entire article about The Best First Dance Songs.

If you are a fan of Stranger Things, then you will appreciate this scene of Dustin and Suzie singing their version of The Neverending Story (If the video below does not play on your phone, you can watch it on YouTube here).

Some of these songs would also be a perfect choice for walking down the aisle at your wedding ceremony.

What? Friends listen to Endless Love in the dark.

Some songs from the eighties might not be upbeat enough for your reception or party dance floor, but that doesn’t mean they shouldn’t be a part of your day or event.

Here are few more songs that you might want to add to your 80s music playlist:

Which 80s song is still the most requested at US weddings?

Even though there are hundreds of awesome 80s songs to use at your wedding, there are 3 songs that continue to get requested the most.

We polled hundreds of couples, talked with over 30 wedding DJs, and the results showed that there were 3 obvious winners.

Here they are, in order:

There you have it, ladies and gentlemen. The 3 most requested 80s wedding songs of all time.

Now that you have picked out the best 80s songs for your wedding or dance party, it’s time to pair them up with some of the most popular dances from the ’80s.

If you want to impress your guests, learn how to do a few of these ’80s dance moves:

A fun collection of dances from the eighties:

The best video tutorial on how to do The Roger Rabbit:

What Were The Biggest Hit Songs Of The 80s?

When making your wedding playlist, you might want to stick to the top hits. We have compiled the top music singles from each year of the 80s for you (according to Billboard magazine record charts).

You might also love this article: Best 90s Songs For Your Wedding or Dance Party.

If you are looking for wedding music for each part of your day, we have 100’s of amazing song ideas for you here.

Are you looking for the best wedding dinner music ideas? We’ve got you covered! We have put together an awesome wedding dinner playlist that includes many different styles of music that would be perfect background music for the dinner reception. Go through the playlists below and let your DJ know which wedding dinner songs you…

You may be asking yourself, what is a good country song for a wedding? If you want my honest opinion, I say any country song has a place on your wedding day. But I am guessing you want me to be a little more specific. We have put together the ultimate list of the best…

Just after saying “I Do!” to the love of your life, it’s time to walk back down the aisle as a newly married couple. We have put together a list of the best wedding ceremony recessional songs for your big exit. Here is what we will cover in this article: Upbeat wedding exit songs (fun… 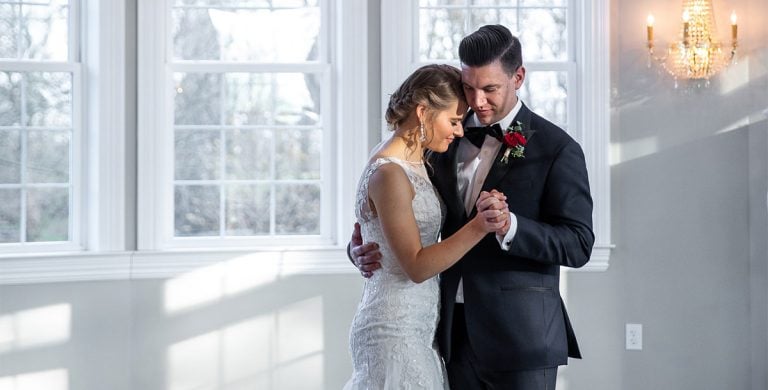 Michael Bublé is one of the go-to artists when couples are looking for a great first dance song for their wedding reception. Known for his Frank Sinatra style crooner voice, Michael Bublé has a huge list of love songs to choose from. Here are the top songs that we chose. Michael Bublé Wedding Songs That…